Thomas M. “Tom” Odom, Jr. was inducted into the Oconee 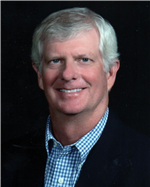 County Schools Hall of Fame – the highest honor awarded by the Board of Education – on Dec. 6, 2021. Following several speakers who offered remarks detailing his exceptional service as an educational leader, Mr. Odom was presented with a clock for his timeless contributions to the students and staff of Oconee County Schools.

“Under the leadership of Tom Odom, Oconee County Schools became a premier school system at both the state and national levels,” said Superintendent Jason L. Branch. “His four decades in education, including nearly a decade of consistent leadership as Board Chair, provided a steadfast, wise voice for public education. He has left a lasting impact on the lives of countless educators, students, and community members. No one is more deserving than Tom of being inducted into the Oconee County Schools Hall of Fame.”

“Tom Odom’s exceptional service to the students and teachers of Oconee County Schools is a model of sustained excellence. On behalf of the Board of Education, we are all honored to have served alongside Tom and are so very grateful for the leadership he has provided in our community,” said Board Chair Kim Argo.

After serving as principal at North Oconee, Mr. Odom served as Chair of the Oconee County Board of Education from 2013-21. He also served as president of the Georgia School Boards Association from 2017-18. Mr. Odom earned bachelor’s, master’s, and specialist degrees from the University of Georgia.

Valerie Wilson, executive director of the Georgia School Boards Association, offered remarks to Mr. Odom by saying, “There is no person that is more deserving of this award than you because I know how much you care about the students in this community, but if there was one of those (Hall of Fame awards) for the State of Georgia, you should be getting it too because you put it all on the line for the children in this state.”

In addition, three principals representing elementary, middle, and high levels spoke on Mr. Odom’s service at the Dec. 6 Board meeting.

Said Colham Ferry Elementary School principal Tony McCullers, “Mr. Odom is the administrative standard for Oconee County Schools. His lasting legacy is the continuation of his leadership standards which are firmly based in first – considering the needs of the students in every decision and process."

Said North Oconee High School principal Dr. Philip Brown, “His calm nature, coupled with his organizational skills, made him an admired and respected principal. His leadership as a school leader and then as our Board of Education chair has been reassuring for so many years for so many students, parents, and community members.”

Oconee County Schools will be a nationally-recognized leader in academic achievement by ensuring all students receive a rigorous, balanced education that will enable them to compete in and contribute to a global society.
Copyright © 2002-2022 Blackboard, Inc. All rights reserved.